By Local Wonders19 December 2019No Comments 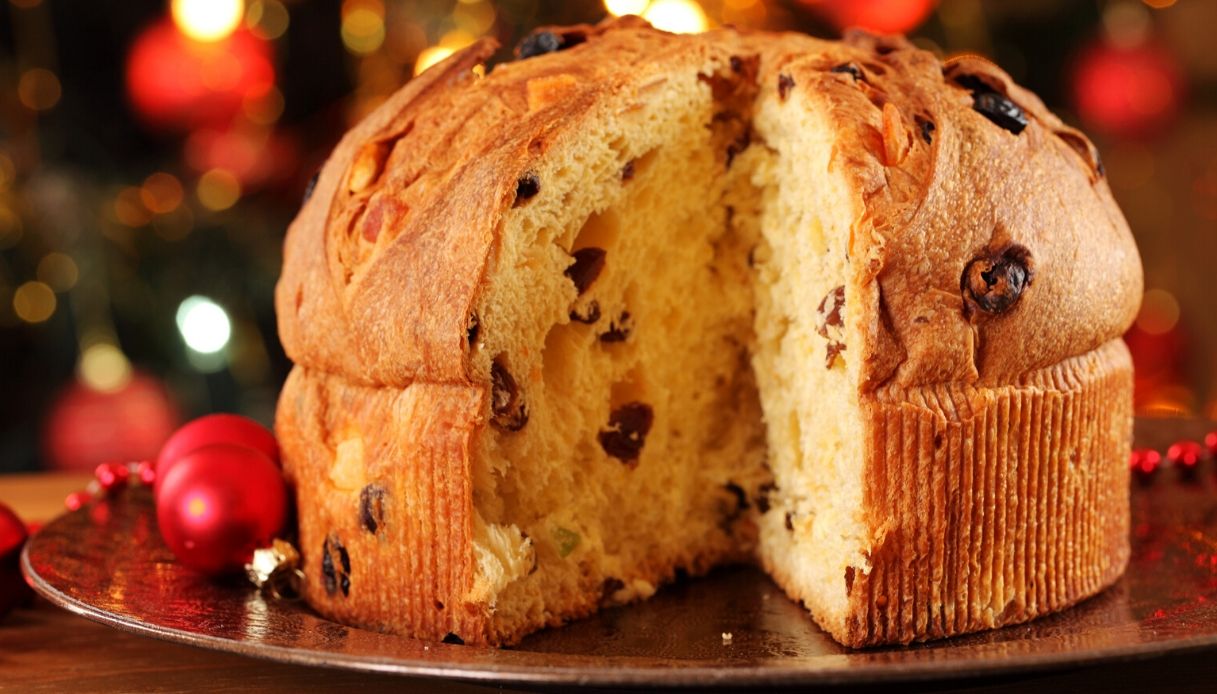 Riddle me this: soft and gently spicy, full of raisin and candied fruit it’s the typical ending of an Italian Christmas meal.

Who knows the answer?

Walking down any Italian city, town or village at Christmas time, you would see the pastry shops’ windows and the supermarkets’ shelves filled with panettone. This is the answer!

Panettone origins are ancient and not certain: the first written documents talking about this special sweet bread is the first Italian-Milanese dictionary (Varon Milanese) dating back to the 1606 talking about a “Panaton de Daneda”, like the one baked at Christmas. In fact, during an even older northern Italian tradition called “rito del ciocco” – ciocco is a big piece of wood – a large piece of wood was placed into the fireplace and the head of the family served a slice of a wheat bread to all guests. Still in the XIV century wheat was considered a precious ingredients and bakers were allowed to bake wheat at Christmas time only. In the other months of the year they used to bake millet.

But there is an interesting legend that would even explain the etymology of the word panettone. We have to step back to the XV century at the palace of Ludovico il Moro – Sforza family – duke of Milan. On Christmas Eve, the chef of the court burnt the dessert prepared for the feast. There was no time for baking a new one, so a scullion called Toni, offered to make a dessert with some dough he kept aside for himself. Toni kneaded the dough several times and added raisin, candied fruit and other ingredients. Ludovico il Moro loved this sweet bread and called it “Pan de Toni” – that means bread of Toni – and from here the word panettone.

Another legend says that it was invented by Sister Ughetta, a nun that for offering a sweeter meal to her sisters, kneaded together the only ingredients found in the kitchen convent and created the panettone. What is interesting is that ughet in Milanese dialect means raisin.

From its origin to nowadays panettone had some modification, but it became by far one of the most eaten and loved Italian Christmas dessert. To be gastronomically speaking fair we have to mention pandoro as well, another delicious dessert very popular at Christmas time. This is a sweet bread without raisin and candid fruit patented in Verona by Domenico Melegatti in 1894.

Since some Italians support panettone, while other support pandoro and they do this like they support their football team – yes, we Italians are hot blooded people even in this! – it is always advisable to offer both at the end of a Christmas meal.

Merry Christmas everyone and, while you are toasting and eating your sweets, have a look at our 2020 departures.